Mitochondrial plasticity in trypanosomatids as a stress adaptation mechanism 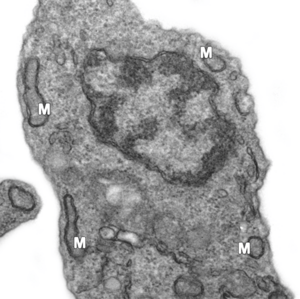 Menna-Barreto 2022 Abstract Bioblast Neglected tropical diseases impact more than a billion people globally, with millions of them at risk of infection by parasites of the Trypanosomatidae family. The need to colonize different environments in their hosts means that trypanosomatids are constantly subjected to stress situations, among which the presence of reactive oxygen (ROS) and nitrogen (RNS) species, requiring intense metabolic remodeling to ensure the parasites survival in hostile environments. Additionaly to the classical role in bioenergetics, mitochondrion has a decisive contribution to the oxidative stress, due to the electron leakage from the electron transfer system (ETS). The presence of several functional peculiarities made the mitochondrion of trypanosomatids an unique organelle, considered an excellent target for drug intervention. Some trypanosomatids such as Leishmania spp. can avoid the microbicidal mechanisms of the host cells, exhibiting a profile of natural resistance to oxidative and nitrosative stresses. Here, we discussed data about mitochondrial susceptibility and adaptative processes obtained by our group in the last 17 years. Mechanistic proposals of preclinical drugs was reviewed, as well as different pathways associated with metabolic and mitochondrial remodeling during the life cycle of trypanosomatids, including the possible biological role of ROS and RNS resistance and its impact on the interaction with vertebrate and invertebrate hosts.

Retrieved from "https://wiki.oroboros.at/index.php?title=Bombaca_2022_MitoFit&oldid=235100"
Categories:
This page was last edited on 8 January 2023, at 06:52.
This page has been accessed 1,426 times.
Privacy policy
About Bioblast
Disclaimers